The Bangladesh Telecommunications Regulatory Commission (BTRC) — the telecom regulatory authority of the country — has decided to implement a system to monitor international gateways (IGWs) and interconnection exchanges (ICXs) to prevent illegal call termination. 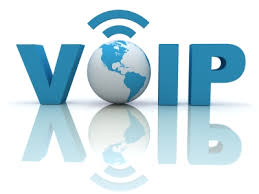 Bose was addressing a roundtable organized by the Telecom Reporters’ Association of Bangladesh. The platform constituting telecom journalists was focused on “Illegal call termination: current situation and way out.”

According to Bose, the telecom regulator will monitor how international call carriers in Bangladesh employ Internet bandwidth in order to track illegal activities.

IGWs or international gateways enable the transport of international calls and the ICXs or interconnection exchanges connect different telecom service providers. Calls that are received inside Bangladesh bypassing the IGW-ICX (News – Alert) route are deemed illegal. Besides breaking the law of the land such calls also block a source of revenue to the government.

Illegal VoIP calls cause a huge dent in revenue for mobile operators as well forcing them to deactivate several thousand SIMs which are used for such purposes. Banglalink, Grameenphone (News – Alert) and Robi are some operators in Bangladesh that have experienced heavy losses owing to illegal VoIP.

Officials pointed out that it was necessary for all telecom service providers to come together to put an end to such illegal activities and stop such operators with government support. To control illegal call traffic, the telecom ministry has decided to slash the international incoming call rate by 50 percent to 15 cents per minute. The new rates will come into force once the finance ministry approves the move.

This new rate may affect the gateways, and there has been a call to instead implement a strong monitoring system which will be effective in curtailing 90 percent of illegal calls.

Recently a group of 39 people were arrested in the city of Uttara, Bangladesh. The Rapid Action Battalion (RAB), anti-crime and anti-terrorism unit of the Bangladesh Police seized huge quantities of illegal VoIP equipment. The group had been transmitting calls bypassing the proper channel, which violates the rules of the BTRC.