Netherlands Ambassador to Dhaka Gerben De Jong on Wednesday said this November is extremely important for further development in the readymade garment sector as two important decisions will be taken during the period which will help Bangladesh become the number one producer in the world.

“Because, in November there are two decisions to be taken – one on joint standards to inspect factories and secondly the discussion on the minimum wage,” the envoy told a function in the city. 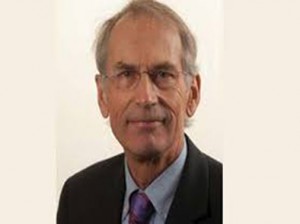 Jong said it will be very difficult to explain in Europe to consumers and elsewhere if all parties cannot come together on the issue of standard and safety, reports UNB.

“I think we can be optimistic at this point of time that in November we’ll see a breakthrough. I’m very much optimistic about the joint standards following very much leading role of the government,” said the envoy.

The diplomat said it is extremely important to show that there is a just situation in terms of living wage and minimum wage.

He said Bangladesh needs to address all the issues to grow further and become the first producer (apparel) in the world, but to get it there is no alternative to compliance.

Jong also laid emphasis on real exchange of information in following all the processes.

Bangladesh Garment Manufacturers and Exporters Association (BGMEA) arranged the discussion ‘Exchange of Views on Compliance Issues of RMG Sector in Bangladesh’ at the BGMEA conference room.

Talking to reporters after the function, the Commerce Secretary said Bangladesh will submit a progress report to the US tomorrow (Thursday) on the action plan outlined by the Obama administration to help Bangladesh regain trade privileges.

“There’re progresses in all the areas. Amendment to the Labour Law is a big progress and the Aminul case is at final stage and a charge-sheet will be there soon,” Mahbub Ahmed said.

Responding to a question, he said the GSP scheme has remained suspended and the US will review it. “They didn’t tell us when the review will be held.”

The Commerce Secretary also said, “It’s a crisis time. We’re passing through a crisis period. We need to work together.”

Mikail Shipar said the government has committed to working together for overcoming the challenges in the RMG sector. “We’ll take five steps forward if the owners take one step forward.”

The BGMEA President said they are under stress from different parts. “We need an exit plan. We’re really helpless. Please give us some time.”