If the US is to capture its share of future economic growth from global technology markets, America’s tech workforce will likely need an update.

That’s because other parts of the world—including developing nations like Bangladesh—are getting smarter about training more tech workers. 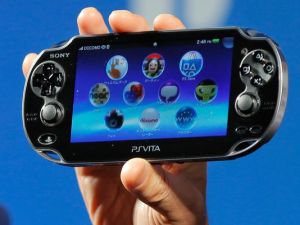 Employment data for the years 2007 to 2012 suggests a mismatch between what the U.S. tech economy needed at the time and who colleges and universities were graduating.

During that period, the annual rate of U.S. citizens graduating with undergraduate degrees in science, technology, engineering or math—the so-called STEM fields—was 115,000.

Yet only a third of these graduates went to work in STEM occupations, according to a May 2014 report from the Center for Immigration Studies, which examined Census Bureau data.

The same ratio held true for the 129,000 immigrants with STEM degrees who came here annually during that time.

So whether they were born in the U.S. or emigrated here, only one in three people in the U.S. turned a STEM degree into a tech job.

Another third found work in a non-tech occupation and a final third reported having no job in 2012.

True, tech employment was not historically strong for most of the period, as the U.S. economy fell into the Great Recession.

Yet tech hiring has since accelerated, led by large companies like Google, Yahoo and Apple, social media upstarts Facebook, LinkedIn and Twitter, and a raft of start-ups.

The hiring is being driven by the explosion in mobile consumer services, the growing threat of cyberattacks, the emergence of digital currencies and a broad shift toward cloud computing.

Yet even amid the boom, many open U.S. tech positions go unfilled for months at a time, which costs the economy $500 million a year, according to the tech jobs site Indeed.com.

To keep more of that work from going overseas, leaders of the tech industry and U.S. higher education—and tech workers—may want to look at a new approach to tech training being tried in Bangladesh.

That’s where a start-up founded by Danes is using an online, for-profit business model to quickly train more software coders.

The six-month program from CodersTrust costs $1,320 per student, is financed by an online loan and teaches the basics of coding in Internet-friendly languages such as HTML and JavaScript, says Cayo Fiebig, CodersTrust co-founder and chief financial officer.

The company has gotten seed funding from a Bangladeshi subsidiary of Grameen Bank, the Internet lending platform that’s provided entrepreneurs across the globe with loans as small as $25.

Students pay the cost of the training back over three years, during which the lender will take up to half of the worker’s salary. CodersTrust takes another 10% as its cut.

“We’re not the bank or the university, we’re the (software) platform in the middle,” he said in a phone interview from Dhaka, the Bangladeshi capital.

During their training, students work on assignments like those on freelance job sites such as Elance-oDesk, based in Silicon Valley, which has already connected more than 2 million businesses with more than 8 million contract workers.

CodersTrust has signed up its first 100 students, which it selected out of 1,800 applicants.

It hopes to train 100,000 workers, or about the same number of U.S. tech jobs created in 2012, when the industry absorbed only a third of STEM-trained workers here.

“This model can scale,” says Fiebig, adding that CodersTrust is talking to hedge funds and sovereign wealth funds overseas that are considering backing the program in other countries.

The start-up’s co-founder and CEO, Ferdinand Kjaerulff, was in Dubai earlier this year, looking for financing partners to bring the program to the Middle East.

All of this means U.S. tech workers—both citizens and immigrants alike—are going to face even stiffer global competition for future tech jobs.

And it suggests they should be acquiring skills in the very latest technologies rather than assuming a STEM degree is a sure path to a STEM job.

Recent history shows that for two-thirds of them, it hasn’t been so.

In the second column of this series, we’ll look at a program in New York called CodeNow, which is designed to turn inner-city youth into future software coders.