New York-based rights body Human Rights Watch (HRW) has  asked Bangladesh authorities to establish an independent body to ‘investigate evidence’ that Rab has been responsible for extrajudicial executions, disappearances, torture, and other serious abuses over many years.

Human Rights Watch on Wednesday reiterated its longstanding call that Rab be disbanded, and replaced with a fully accountable civilian law enforcement agency dedicated to fighting crime and terrorism.

“This is a good opportunity for Bangladesh to deliver on its longstanding promise of zero tolerance for human rights violations by security forces,” said Adams. “RAB should be disbanded and replaced with a fully civilian force that operates under the rule of law and has external oversight. Death squads have no place in a democracy.” 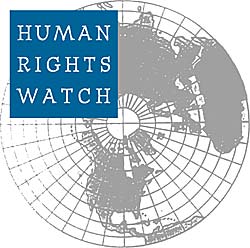 The international rights body made the call in an open letter to Prime Minister Sheikh Hasina, according to a HRW web release.

“After years of refusing to investigate Rab, the government has changed course and reacted quickly to the Narayangunj murders,” said Brad Adams, Asia director.

“This is welcome and hopefully marks a shift away from years of impunity for Rab and other security forces. The Prime Minister must now broaden the probe and create an independent process to ensure accountability for all cases, not just Narayanganj.”

Most recently, Human Rights Watch documented the deaths of 11 opposition activists before, during, and after the January 5 national election.

Following the abduction and apparent contract killings of seven people by members of Rab and other security forces in Narayanganj district in central Bangladesh on May 2, State Minister for Home Affairs Asaduzzaman Khan announced that the prime minister had ordered law enforcement agencies to ensure that all those responsible are found and punished, regardless of their positions.

The High Court, acting on its own motion, directed that any investigation into the killings be conducted by a specially constituted body independent of the security forces, and issued an arrest warrant against three Rab officers to be tried before civilian courts.