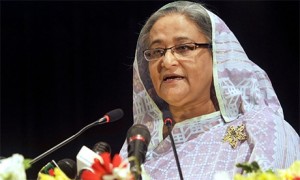 During the 13th BIMSTEC ministerial meeting held in Nay Pyi Taw in Myanmar in 2011, it was unanimously decided that the secretariat would be set up in Bangladesh and the first secretary general would be appointed from Sri Lanka.

The secretariat has been set up in Dhaka’s diplomatic enclave of Gulshan.

The first Secretary General Sumith Nakandala joined the secretariat in July and assumed office in Dhaka from August.