Today is the 3rd anniversary of the Rohingya exodus from Mayanmar to Bangladesh. It is an irony to note that Rohingya refugee crisis remains as of now unsettled while they are suffering immensely in Cox’s bazar and Kulapalong in Ukia in Bangladesh since they were driven from Rakhine state of 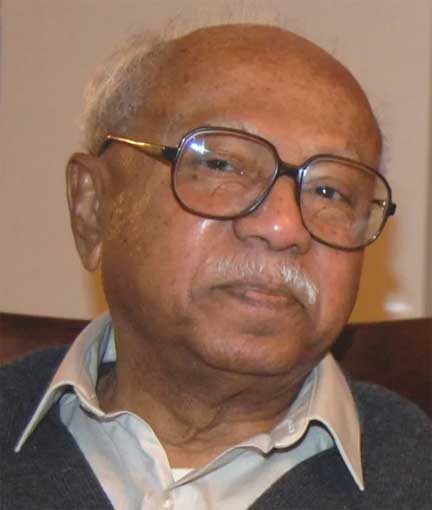 Myanmar when military crackdown on them in January of 2017.Kulupalong in Ukiah of Bangladesh is biggest refugee camps where as many as 900,00 Rohingya are stationed.   Rohingya refugees of Rakhine state of Myanmar could be compared with pogrom of Jewish community in Europe, writes Mohammad Amjad Hossain.

The fact is that both Bangladesh and Myanmar have signed an agreement on23 November of 2017 without involving the United Nation High commission for Refugee which is a relevant organization for dealing with refugees. It was a flawed agreement. That appears to be a significant mistake from the Bangladesh side. As of now there is no positive response from Myanmar for repatriation.

It would be relevant to check two important issues in connection with the exodus of Rohingya refugees. The United Nations International Court of Justice at Hague issued order on 22 January of 2020 directing Myanmar to safeguard the mostly Muslim Rohingya in western Rakhine state of Myanmar as a part of provisional measures until start of trial expected soon, but did not say a word about Rohingya refugees in Bangladesh who are subjected to ruthless operation to clean Rohingya in Rakhine state by military junta of Myanmar in August of 2016. Secondly, the 47 member UNHRC adopted a resolution by 37 votes in favor while two members against the resolution and seven members remained absentees on 26 August of 2019.China and the Philippines reported to cast votes against the resolution. It is ironic that Bangladesh did not secure support from India, China and Japan. The resolution introduced by Pakistan at UN HUMAN Rights COUNCIL on behalf of ORGANIZATION of ISLAMIC COOPERATION and the EUROPEAN UNION which expressed grave concern at continuing reports of serious HUMAN RIGHTS violation and abuses in Myanmar.

In a major ruling by international court of Justice on 23 January of 2020 in response Myanmar state counsellor Aung San Suu Ki in December last year is reported to have certified in favor of Myanmar military junta and that military did not act genocide against Rohingya Muslim. It was misleading indeed.  The court is reported to have further stated that 600,00 remained in Rakhine state and they should be protected and prevent the destruction of evidence related to genocide.

Foreign Minister Mr. Abdul Momen on 23 April 2020 is reported to have expressed that Bangladesh is unable to accept more Rohingya while more Rohingya landed in Bangladesh who were on boatloads of refugees floating in the Bay of Bengal. Bangladesh in fact has shouldered a heavy burden as the result of the Myanmar military atrocities. Foreign Minister is reported to have criticized European Union and the British government while he avoided criticizing both China and India, who have big investment in Myanmar and continuously support Myanmar.

This writer does not understand why on earth India and China does not support Bangladesh as both countries have big investment in Bangladesh too. Similarly, both the countries have a big stake in Myanmar. As a matter of fact, Bangladesh allowed India corridor to reach landlocked seven states of India without any compensation. As a matter of fact, Bangladesh has allowed unfettered movement of people and goods. Bangladesh has been burdened by an influx of 7060000 Rohingya since August of 2017 who joined 200.000 Rohingya refugees from earlier massacres. That means around 1.1 million Rohingya refugees now in Bangladesh. Bangladesh is still the least developed country who has not much resources.

It is high time that the International community, particularly the United Nation should take responsibility to handle the Rohingya issue. Enough is enough.