Robi has recently organized another “Internet4U” session with the UCEP students under its Corporate Responsibility (CR) initiatives. Around 100 students and their faculty members took part in the engaging session. The UCEP students were provided with a clear guideline on safe digital lifestyle in the session.

Internet4U is Robi’s signature CR initiative where discussion takes place on the potential of internet to improve our lives. It is very encouraging to see the interest that has been generated around the use of internet among the youth in our society. However, concerns are being raised 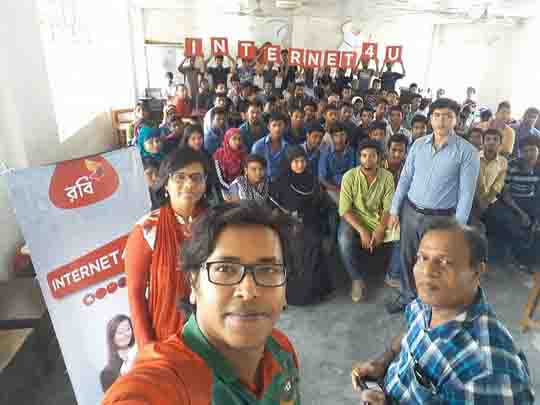 by many over the way youth are using the internet. In this regard, lack of awareness on the appropriate and effective use of Internet has been cited as the major concern areas by many.

As a responsible telecommunications brand Robi sought to address this gap by launching Internet4U. Through these interactive sessions, youth are made aware of the “appropriate and safe” use of internet as a tool for networking, learning and self- development.