The Trump administration plans to issue a deferral this week on its decision about whether to impose additional tariffs on imported cars, two industry sources told AFP Tuesday.

The delay could last up to another six months, the sources said, with the announcement expected Wednesday or later.

President Donald Trump “doesn’t have to make this decision tomorrow,” one of the sources said. 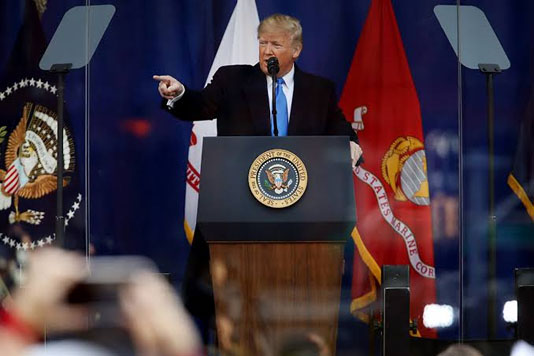 The Trump administration has been threatening since last year to impose tariffs of perhaps 25 percent on auto imports to defend the US automaking sector, a symbol of American manufacturing.

Trump already postponed the auto tariff decision — the threat of which has caused uncertainty in the European car industry, especially in Germany — for 180 days in May.

In September, the administration reached an agreement with Japan to continue suspending auto tariffs while talks continued.

And Washington and South Korea reached an agreement last year in which Seoul has promised to further open its own market to US automakers.

US Commerce Secretary Wilbur Ross, who was the one who had raised national security concerns as a reason for imposing new tariffs in the first place, said this month that additional import fees might not be necessary after “very good conversations” with automakers in the EU, Japan and elsewhere.

“Our hope is that the negotiations we’ve been having with individual companies about their capital investment plans will bear enough fruit that it may not be necessary” to launch a so-called Section 232 investigation, Ross told Bloomberg Television.

The industry sources AFP spoke to Tuesday also indicated the administration’s desire for concessions as part of possible agreements — investments, in other words.

But companies such as Germany’s BMW could be hesitant to engage in such concessions, as the automaker is already expanding in the US and so would be less affected by new tariffs anyway.

Outgoing European Commission President Jean-Claude Junker said in an interview with German press last week that he believed that the US would not impose new tariffs on European cars in the coming days.

Neither the White House nor other officials from the Trump administration responded to AFP’s requests for more information.