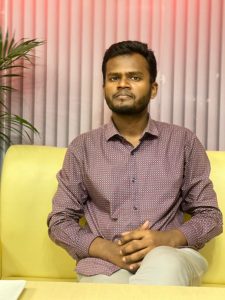 After some improvement in environmental protection, Bangladesh’s position has gone down again. Bangladesh ranks 16th out of 180 countries in the Global Environmental Protection Index published last week. Earlier, in 2020, Bangladesh was ranked 162nd on the list. This position in the list shows that the situation in Bangladesh is rapidly deteriorating on important issues such as environmental health, ecosystem, biodiversity, and climate change. The global report was released the last week by the US government’s Environmental Protection Agency (EPI). The report was compiled by researchers at Columbia University and Yale University, with the help of the country’s McCall McBain Foundation. The report was published two years in a row. The top five countries in the current list for environmental protection are Denmark, the United Kingdom, Finland, Malta, and Sweden. The United States ranks 20th. The country’s environmental pollution is so visible that we can understand it even if no international organization says so.
Bangladesh is one step above Bangladesh, followed by Myanmar, Vietnam, and India respectively. Afghanistan is one of the best countries in South Asia in terms of environmental protection. This time the country has risen to the 71st position. In 2020, their position was 16th. Besides, Bhutan is ranked 65th, Maldives 113th, Sri Lanka 132nd, and Nepal 162nd.

When contacted Mr. Saber Hossain Chowdhury, Chairman of the Parliamentary Standing Committee on the Ministry of Environment, Forests and Climate Change told the media: The state should publish an annual report on the state of environmental protection in the country, so that it is understood where the environment needs to be improved. We don’t just have to legislate, everyone has a responsibility to protect the environment.

In EPI’s 2016 list, Bangladesh was ranked 189th out of 180 countries. Between 2010 and 2016, Bangladesh’s position fell 40 steps back. Between 2016 and 2020, the situation improved a bit and rose to the 182nd position. Sierra Leone was at number 18 that year. Earlier, in 2021 and 2022, the report of AQI, an international organization that monitors air quality, said that the air quality in Bangladesh is the worst in the world. And Dhaka is at the bottom of the list of capital cities after Delhi. According to the report prepared by the International Intelligence Agency’s Economic Intelligence Unit, Dhaka was at the bottom of the list of major cities in the world. In 2021, Dhaka was 137th out of 140 cities. Below the list were Port Moresby in Papua New Guinea, Lagos in Nigeria, and Damascus in Syria. Bangladesh has got 23.1 out of 100 marks in various criteria for environmental protection. India is at the bottom with 16.9 points. And Denmark is at the top with the highest score of around 80. 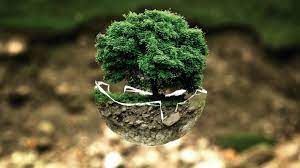 According to the EPI report, even after the World Climate Conference held in Glasgow in 2021, the countries are not active in implementing the Paris Agreement. Denmark and the United Kingdom are on track to meet their commitments to reduce carbon emissions by 2050. India, China, and Russia are increasing their carbon emissions. EPI has prepared a report on 40 issues of environmental protection. These include air quality, energy and climate, air pollution, water resources, heavy metals, biodiversity, habitats, forests, fisheries, and agriculture. Among these, the condition of Bangladesh in agriculture and fisheries is quite good. The rest of the situation is in the bottom row.

Syeda Rizwana Hasan, Chief Executive of Bangladesh Environmental Lawyers Association (BELA), mentioned that the government only takes initiatives to build big infrastructure in the country. Policymakers do not have the potential to improve the environment. As a result, only one infrastructure is being built in the name of development by destroying forests, wetlands, and the natural environment one after another.

(The author Saaif Rasul graduated from the Department of Law & Human Rights, University of Asia Pacific)