Bangladesh has always been portrayed as a country of poverty, disasters and dysfunctional politics by the global media. The recent killing of four secular bloggers has added to this belief. These incidents have definitely cast a shadow over the thriving startup ecosystem in the country.

Although it is many years behind that of Silicon Valley or India, the startup scene is currently at a tipping point, with many global VCs already flocking to the country to invest in startling 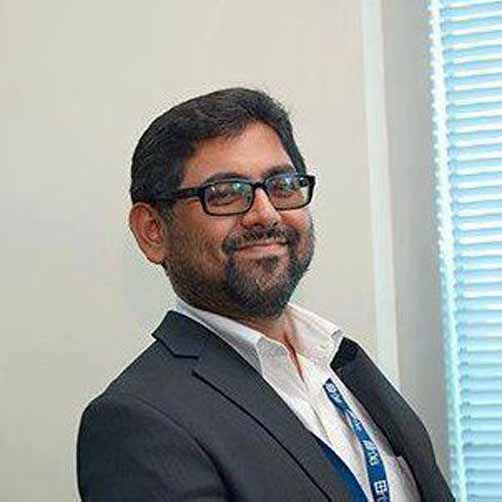 Founder Institute, a global tech incubator with chapters across 50 countries, is an organisation that is working towards the mission of making Bangladesh a primary startup destination. Globally, it has helped launch over 1,650 companies in the six and a half years of its existence. The company now aims to ‘globalise Silicon Valley’ and build sustainable startup ecosystems that will create one million new jobs worldwide.

e27 recently caught up with Minhaz Anwar, Director of Founder Institute, to know more about the startup and investment scene in Bangladesh.

Here are the edited excerpts:

Recently, many good startups have cropped up in Bangladesh. How good is the startup ecosystem in the country as compared to India?

Bangladesh has a fast-growing startup ecosystem. It is a mobile-first nation with more than 125 million mobile subscribers and 24.5 per cent Internet penetration. Almost 70 per cent of the population is under 35.

That said, Bangladesh is at least seven years behind India when it comes to the maturity of the startup ecosystem. But we are fast catching up with other countries. Who could have imagined that Flipkart would make it to the list of the largest-funded companies in the world that also figures Uber in 2014? But it happened. And it led to many other investments in India, including Alibaba’s backing of Snapdeal. We are waiting for such a tipping point.

I think we have an advantage in that our country is very homogenous. We talk just one language and we are like one piece of land. It is not very divided. We have a huge internal market.

To top it all, we led the way to show the world that we can bring about social innovation. Grameen Bank, BRAC and bKash are three good examples of such kinds of startups. We also have a huge underserved market. Startups are cropping up. Tech is fast becoming an enabler. With social innovation happening, I think Bangladesh has the opportunity to become a good startup destination.

Are startups getting support from the government sector?

The government woke up to this reality only recently, but it is making good progress. For instance, the government drafted a VC funding policy recently. It is now very serious about the agenda of making the country digital.

The Digital Bangladesh campaign is proving to be a huge boost to tech startups. The country organised a big event early this year called Digital World 2015. Around 70 countries participated. We also had around 400,000 local people attending it. It showed how eager the whole population of Bangladesh is.

There are no domestic VC investors in Bangladesh. Then, how do startups get financial aid as they grow?

We are still in the early stages [of VC funding]. I can confirm that VCs from Silicon Valley, Singapore and India are flocking to the country. As we speak, already two of our startups are getting funded by US-based Fenox Venture Capital. We have also spoken to two VC funds from India — Aavishkaar and ICCo.

I receive calls from different VCs once a month who are interested in coming to and investing in Bangladesh. I think it is still early stage, but it is picking up.

Since the funding ecosystem is still in its infancy, why does the government not launch a startup fund?Dhaka2

To be honest, funding is not the number one problem that startups are facing here. I would rather talk about the lack of mentors, particularly those with a global vision.

It is key for us to work on these elements of the ecosystem. The government is playing a positive role already. But they are like peanuts, too little, too less. I mentioned Grameen. They took a problem that could ideally have been solved by the government.

But in Bangladesh, private sectors often take the lead. I believe we are in the right trajectory. It is just a matter of time [before] we are able to catch up, not just with India but with the global startup ecosystem.

Also Read: Startup in Spotlight: Hutbitat wants Australians to find the right home How active are the startup incubators and accelerators in Bangladesh?

We have some active incubators and accelerators in the country. At the moment, they are going through their second batch of startup programmes. They have produced good results. There are some serious players such as Startup Cup and Founder Institute. While Startup Cup is a sector-agnostic accelerator, we at Founder Institute are incubating only tech startups.

We are also kicking off a new accelerator programme, which is focussed on women and the youth. Another incubator is also debuting for social enterprises. It hopes to become the Y Combinator for social innovation.

As Director of Founder Institute, do you have plans to launch a startup fund?

We are essentially facilitators. I spent all my money to set up the incubator in 2011. I am also running a match-making platform for startups and investors. Additionally, I am advising startups on how to spend their investment wisely. We, at Founder Institute, are also trying to bring global investors to Bangladesh. Until 2017, I have no plans to launch a fund. After that, I will become an investor.