Four Chartered Accountants who are also Freedom Fighters were accorded houour with crest & badge by the Dhaka Regional Committee (DRC), ICAB on Friday, 16 December 2016 at a prgramme ‘ Discussion on Liberation War and Honor to the Freedom Fighters’ at CA Bhaban. 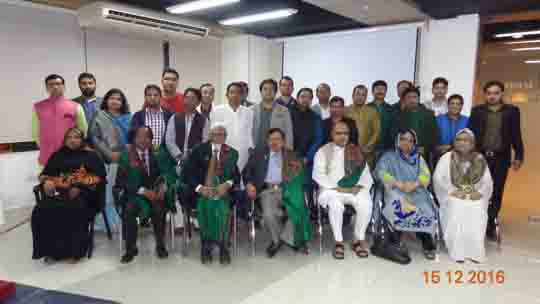 The Speakers recalled the memories during the war and urged to build the country according to the dream of thousands freedom fighters who sacrificed their lives for the cause of the country.