Mr. Hafizullah, CEO of Karnaphuli Insurance and Md. Imam Shaheen, CEO of Asia Insurance Ltd. have been elected as the President and Secretary General respectively of the Institute of Insurance Executives Bangladesh (IIEB) for the two year terms 2016-2017.

IIEB is the professional’s social organization of high ranking serving and retired executives including Managing Director of insurance companies of Bangladesh. The members of the elected Executive Committee include, Mr. 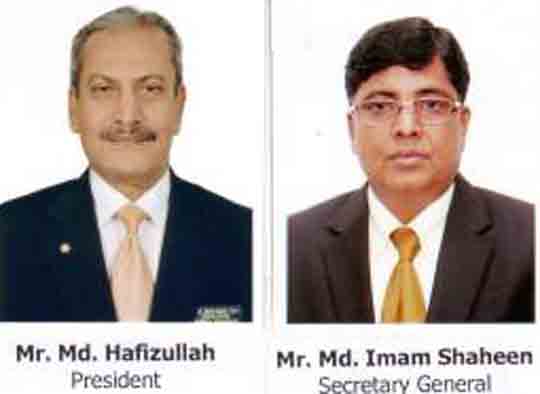 Mentionable that the EGM & AGM was held in Dhaka on 26th December, 2015 which was presided over by Mr. Md. M.A. Karim. The name of Bangladesh Insurance Executive Club has been renamed as Institute of Insurance Executives Bangladesh in the Extra Ordinary General Meeting unanimously. The Election process was conducted by the Chief Election Officer Mr. Shamsuddin Ahmed aided by two other elections Officer Mr. Md. Aliuzzaman Khan & Syed Zaharul Haque.