Professor Shahedur Rashid of Geography Department, who conducted the election as the Chief Election Commissioner, has officially declared the result around 2:30pm on Wednesday. 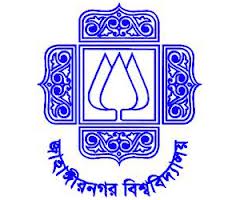 The JUJA general election was held at JUJA office in Teachers-Students’ Centre (TSC) from 10 am till 1.00 pm on Wednesday.

Some 46 voters out of total 47 have applied their vote-right, Shahedur Rashid said.

JUJA is the first journalist union of the university that was established in 1972.