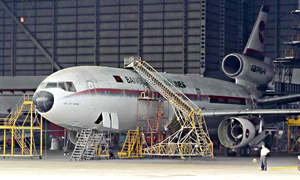 President and Representative Director: Hirofumi Yamasaki), has received an order to supply Airport Safety and Security Systems for major airports in Bangladesh (‘the Project’) from the Civil Aviation Authority of Bangladesh (CAAB). This order is valued at about 2.3 billion yen, and official development aid (general grant aid) from the Japan International Cooperation Agency (JICA) will be utilized.

The aims of the Project are to ensure safe aircraft guidance and take-offs/landings and to enhance aircraft accident response capabilities and counterterrorism measures at four major airports in Bangladesh: Hazrat Shahjalal International Airport (Dhaka), Shah Amanat International Airport (Chittagong), Jessore Airport, and Saidpur Airport. Sumitomo Corporation will procure air traffic control systems from NEC, which will be installed by NEC Networks & SI, airport security systems from SANWA COMSYS Engineering, and airport fire-fighting vehicles from Morita. The installation of these systems is expected to be completed by the end of FY2016.

With a population of more than 160 million, Bangladesh has achieved economic growth exceeding 6% annually in recent years, with the textile industry being its strongest sector. This economic growth has been accompanied by a steady rise in aviation demand in terms of both passengers and cargo volume. At the same time, the aging or absence of aviation security equipment at major airports has become a pressing issue, and the Sixth Five-Year Plan drawn up by the Bangladeshi government in 2011 specifically listed the modernization of aviation security equipment as one of its key objectives. The Japanese government has also been endeavoring to support improvements in Bangladesh’s infrastructure, and has announced that it will be providing up to 600 billion yen in official development aid (ODA) over the next four to five years.

The Project will utilize a portion of this ODA. Modernizing the aviation security equipment at major airports in Bangladesh will help improve the efficiency, safety and reliability of air transport in Bangladesh and contribute to the growth of the country’s logistics and tourism industries.

Sumitomo Corporation issued this content on 18 January 2016 and is solely responsible for the information contained herein. Distributed by Public, unedited and unaltered, on 01 February 2016 08:26:22 UTC.